If you live in tropical Queensland, there is a chance you have never seen snow.  Snow is magical and fun and our family (coming from a country where snow is a yearly occurrence) misses it a lot.

Every year we try to spend a couple of days in a winter wonderland and we are not willing to break the bank on these trips.

For a couple of years now, I have been wanting to go to New Zealand, as people say, the snow there is amazing, but looking at prices I always found it too expensive.

Until this year, when we discovered there were ski slopes on the North Island- you don’t have to wait for a Queenstown deal, when you can fly a lot cheaper to Auckland.

I was lucky enough to catch a great fare from the Gold Coast (we are in Brisbane, but cheap flights often fly out from the Gold Coast Airport) to Auckland. We paid $640 for a return flight for the four of us with luggage- which was a pretty sweet deal. We generally book far ahead or last minute to get great fares, this one was a last minute booking three weeks ahead of our trip. Also, we went the week before the school holidays.

The ski resort on the North Island is Mt Ruapehu, an amazing looking volcanic mountain. 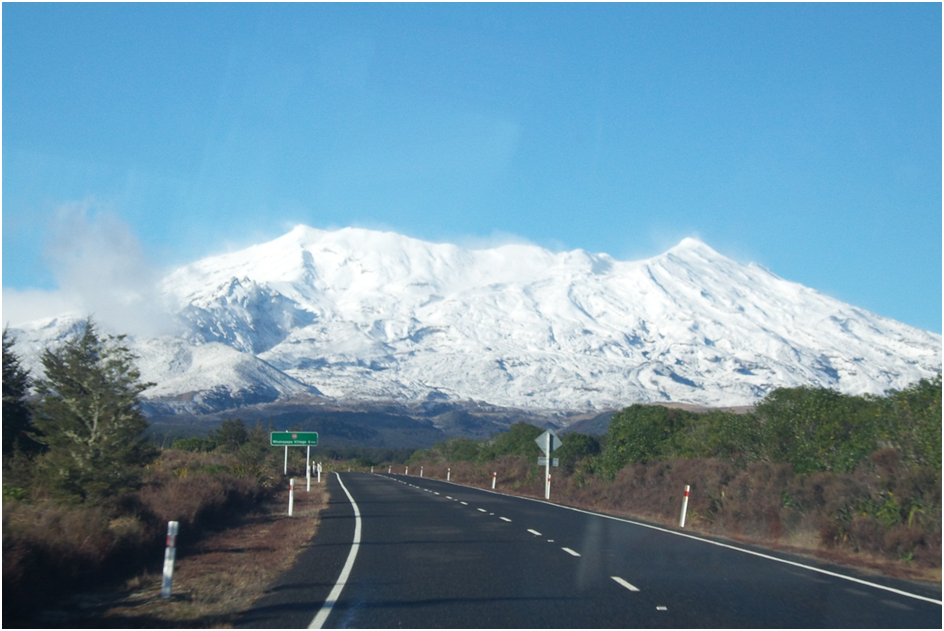 Mt Ruapehu is a 4 hour drive from Auckland. There are two ski areas on the mountain: Turoa and Whakapapa. We went to Whakapapa, which is at the Northern Slopes of Ruapehu.

Whakapapa village is an interesting place with the luxurious Chateau Tongariro and the Visitor Center, where the kids can learn a lot about volcanic activity, local wildlife and the mountains in the area.

To get up to the ski area, you need to check the Road Conditions from the website as quite often you need a 4WD or chains to drive from Whakapapa up the mountain.  It happened to us and as we didn’t have snowchains, we decided to take a shuttle from Whakapapa Tourist park, which cost us NZ$60 return (2 adults + 2 kids), but was worth it because the roads were quite icy.

The ski areas have everything you need, changing rooms, cafes, bistros and snow equipment rental places. There is also a snow school for adults and kids and a childcare centre.

If you don’t ski or snowboard, they have a sightseeing pass, you can ride the chairlift to the upper slopes to take in the amazing views and have a hot chocolate or a bite to eat at New Zealand highest cafe. There are also great snow play and sliding areas with toboggan and gear rentals.

We loved our trip to Ruapehu, even heard the volcano rumble- what a fantastic memory for the kids! 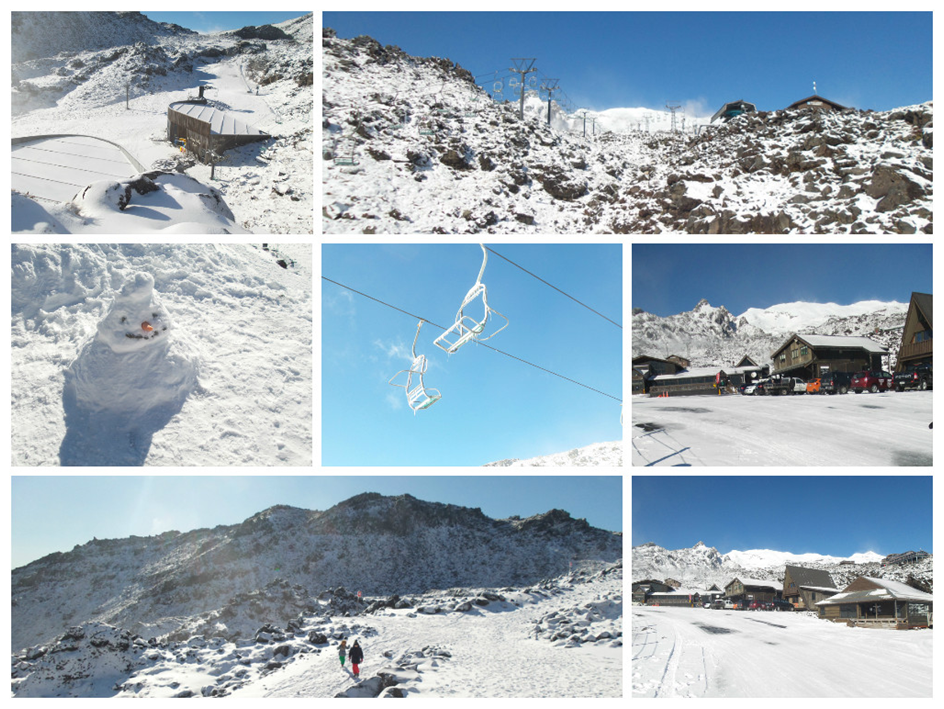 –  One pass for accessing Whakapapa and Turoa in winter

Whakapapa does offer on-mountain accommodation with some of the ski clubs in the area for groups.  There are several other accommodation options in the Ruapehu region which provide a centralized location to check out some other activities in Ruapehu.  The closest town to Whakapapa Ski Resort is National Park, just 12 km away.

–  One pass for accessing Turoa and Whakapapa in winter

While there is no on-mountain accommodation, the closest town to Turoa is Ohakune which makes a perfect base for your skiing or snowboarding holiday. The Ruapehu region provides several accommodation options to choose from as well.

To find out more about the Ruapehn region click here…

Christchurch for Families : 6 Fun Things To Do

How to Holiday in The Maldives with Kids